This team will work to help the Council live into the church’s commitments to equity. 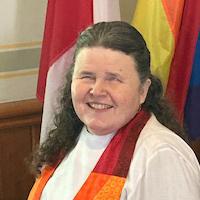 Greetings from Halifax, NS; Region 15. “It takes a village” is an expression that embraces prayerful presence, gratitude, radical hospitality, thinking “outside the box,” and is intentional that all belong, are valued and needed—including my Seeing Eye dog, Echo. We try to live into this at Fort Massey United Church, where I currently am serving as intentional interim minister.

I am an equity advocate in education, in church, and in community, and have a PhD in pastoral care and counselling. I am also a 2018 McGeachy Scholar on equity, a Jubilee spiritual director, Supervised Ministry of Education (SME) supervisor, support affirming initiatives, chaired the equity team of the East Central Ontario Regional Council (ECORC), was a GC43 Intercultural Observer, and am a member of the GC44 planning team. These all shape my lifelong learning. Together, we all wear equity hats! 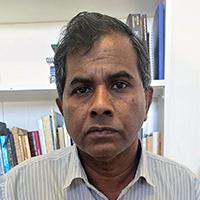 Koshy is a United Church minister serving in two congregations in Living Skies Region. He hails from the Church of South India and has been serving in the United Church for the past seven years. Koshy came to the United Church with over 20 years of pastoral experience as well as serving as a missionary in two other countries. He wishes to introduce himself as a missionary, as mission is his vision. He has a great passion for mission among people from the margins; being involved in social issues and affirming social justice has always played a central role in his ministry. Koshy is committed to supporting the wider church in doing its mission in the nation as well as in local congregations. 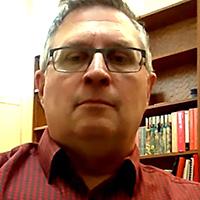 The United Church has been home since before I can remember. We were always involved in our small church. Four generations before my time, the Crown forced the Saugeen Ojibwa and Ottawa to leave the land (Saugeen Treaty No. 45½), which was made available as farmland to my ancestors in southwestern Ontario. Following university and theological college at St. Andrew's in Saskatoon, I have been in ministry for more than 30 years across the prairie region. I have served in team ministry with my spouse as well as in solo positions, rural, urban, and suburban. Our grown sons both live in Edmonton, which has been our home for 14 years. I enjoy walking and reading, simultaneously when I can. I also enjoy keeping my cooking skills in shape. 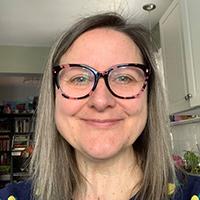 Hello from Ottawa! I have been serving with the people of Kitchissippi United Church, an amalgamation of three congregations in Eastern Ontario Outaouais Region, since 2008. Kitchissippi is an Algonquin word meaning Great River.

I attended the University of Toronto for both my BA and MDiv. I was settled in 2002 to Glengarry East Pastoral Charge. The experience of attending General Council in 2003 in Wolfville, NS, sustained my ministry over some difficult times.

I am a member of the Two-Spirit and LGBTQQIA+ community, proud mom of twins, and served on the Affirm United / S'affirmer Ensemble Council from 2012 to 2018. I began journeying along anti-racist path and am also a facilitator of the United Church's Racial Justice workshops.

I'm very thankful to have been chosen to serve the church on the Equity Support Team! 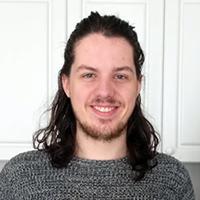 I am Torrin Maag, a fourth-year student at McMaster undergrad beginning to pursue ministry. I have been part of the United Church since childhood and have grown into it ever since. I was drawn into this team because of my age and my interests in neurodiversity and queer issues. I hope to help out in any way I can! 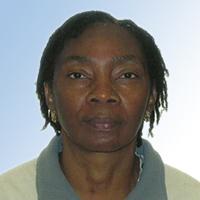 Albertine is a trained (PhD) lay biblical theologian. She is a member of the governing board of the French Ministries Table and Treasurer of the Executive Office. Originally from Cameroon, Albertine lives in Toronto, where she is the founder and director of the non-profit organization Connexion Verte. This NPO works to promote the most equitable inclusion possible into their new living environment for members of Black Francophone communities of African descent already living in Ontario or new to the province. 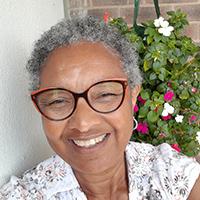 Maedith Radlein grew up in Jamaica. She did her undergraduate degree and teaching qualification at the University of Edinburgh and Moray House in Scotland, and then taught in Jamaica for several years before immigrating to Canada in 1987.

In Canada, she worked with the Waterloo Region District School Board as an elementary school teacher and principal, retiring in 2014. She is a member of the Caribbean Canadian Association of Waterloo Region and the Congress of Black Women.

Maedith attends Parkminster United Church in Waterloo Region, ON. She continues to advocate for equity, diversity, inclusion, and reconciliation as a member of the Waterloo Region District School Board's Equity & Inclusion Advisory Group as well as Co-Convenor of the Region of Waterloo's Anti-Racism Advisory Working Group.