The Facilitation Team are respected church elders who will deliberate on comments and suggestions from Discussion Groups. This team decides on the recommended way forward for each proposal and drafts a refined process as necessary. 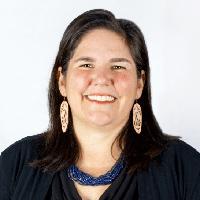 Carmen is the compassionate, thoughtful, and creative Executive Director of First United Church Community Ministry Society and First United Church Social Housing Society. She tends to take on large projects and extends herself in many directions, largely (although not always) pulling it off while maintaining academic interests, church ministry, Indigenous ways of being, parenting, and partnering. Carmen joined First United in February 2017, and has led an organizational turnaround resulting in increased stability and capacity.

She currently sits on the boards of the Vancouver Foundation and the Sandy-Saulteaux Spiritual Centre. She also chairs the national Indigenous Candidacy Board for the United Church of Canada, supporting Indigenous and non-Indigenous candidates for ministry in Indigenous contexts. She has previously served on the Pension Board of The United Church of Canada (UCC), Executive of the UCC's General Council, as United Church representative to the Executive and Central Committees of the World Council of Churches, and the Theology, Inter-church, Interfaith committee of the UCC. Carmen holds a PhD from the Graduate Theological Union in Berkeley, California, and is a member of the Heiltsuk First Nation. She is passionate about creating a life with great stories and amazing adventures with her family. 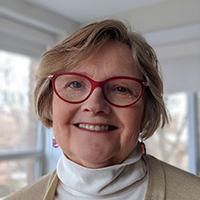 Mardi is a former Moderator of The United Church of Canada. She holds an MA from the Ontario Institute for Studies in Education, the University of Toronto.

Mardi has brought energetic leadership throughout her career as an adult educator and facilitator, Executive Director of Five Oaks Centre, writer, broadcaster (including co-host and story producer for Spirit Connection, the United Church’s weekly program on VisionTV) and lay church leader. She has facilitated leadership formation with leaders in all fields throughout North America. Now retired, she continues to serve as a Courage & Renewal facilitator, prepared by Parker J. Palmer and the Center for Courage & Renewal (CCR). She also serves on the CCR board and on the board of Broadview magazine.

During and beyond her term as Moderator she has collaborated with faith leaders nationally and internationally, with a focus on the interrelated healing of soul, community, and creation. This included participation in the World Council of Churches’ delegation to three UN COP (Conference of Parties) climate negotiations, most recently when leading the United Church delegation to the Paris talks in 2015. She has also served as national mentor to Faithful Footprints, the program by which the United Church is working toward an 80 percent reduction (at least) in our carbon emissions by 2050.

Mardi’s vocation as a grandparent alongside spouse Doug is one of her greatest joys. 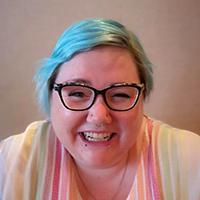 Meghan Chorney is a 31-year-old Policy Analyst with the Manitoba Status of Women Secretariat. In her spare time, she has an extensive background in organizing and planning youth events for Manitoba and Northwestern Ontario Youth for The United Church of Canada, and is now Chair of Equal Voice Manitoba. She is detail oriented, organized, and precise in her work as shown by her involvement in various community organizations. She enjoys learning new things and is a motivated individual. She has an honours degree in political science with a minor in women and gender studies. Her current position as Policy Analyst, as well as her former positions as Legislative Assistant to a Member of Parliament, and Special Assistant to a Minister at the Manitoba Legislature, have allowed her to gain experience and knowledge in writing reports, press releases and planning events. As the Communications and Marketing Coordinator for Affirm United, she is also very involved in the 2SLGBTQ+ community. 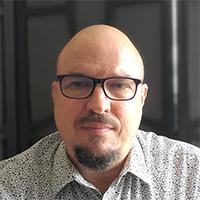 Born and raised in Montréal, Rev Eric Lukacs has been ordained for over 15 years, most notably serving in the isolated Harrington Harbour pastoral charge officially for three and a half years. He led the first official bilingual ministry at Granby United Church. His first career was in business development and strategic planning, after having graduated with a degree in Communications studies. He is currently completing his Master of Counseling at Saint Paul University in Ottawa and expects to certify as a Psychotherapist some time in 2022. In 2012, he obtained his construction contractor's license and is the owner of Cuisines Chez Soi in the Eastern Townships of Quebec, managing financial and regulatory affairs at a distance.

Eric is the architect of a pilot church alliance model that helps smaller churches maximize their potential. He is passionate about compassionate, faithful, and faith-filled communities and brings a down-to-earth approach to all things church. He is the proud father of two children who reside in Montréal. He's also super excited to be part of the facilitation team and will miss feeling the love of the team in person. 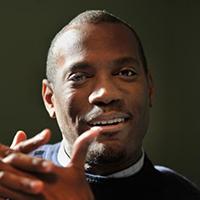 Hewitt T. Holmes has been the ordered minister of Worship, Congregational Care, and Leadership at Collier Street in Barrie Ontario since 2017. This is after a short stint in team ministry as minister of Learning and Growing in Faith. His gifts are wide and varied.

Before coming to Collier, Hewitt served in Jamaica in pastoral and theological education, in Dryden and in Thunder Bay in congregational life. Since coming to Canada, he has served on various bodies, groups, and taskforces of the UCC; he is presently a member of the Board of Vocation.

Hewitt is the first Black minister of Collier. He is people-oriented, purposeful, and passionately driven by God's love and compassion in the world. Hewitt enjoys teamwork, a good laugh, contemplative prayer, reflection, reading, canoeing, cooking, and relaxing.

Get to Know Moderator Nominee the Rev. Dr. Carmen Lansdowne
Learn more about the Rev. Dr. Carmen Lansdowne through her own words.
Way Forward Proposals Available
The Facilitation Team has created Suggested Ways Forward based on the notes from the Discussion Sessions. The Ways Forward are available to view on PheedLoop or the Commons.
General Council 44 Adjourns until July 21, 2022
June 17‒19, 2022, Commissioners and Corresponding Members, including ecumenical and interfaith guests, global partners, and representatives of Youth Forum, engaged in in-depth discussion on the proposals facing GC44.
One Nominee for Moderator Election on July 23, 2022
On June 17, at 2 p.m. EDT, nominations closed for Moderator. At that time, there was only one nomination, the Rev. Dr. Carmen Lansdowne.
END_OF_DOCUMENT_TOKEN_TO_BE_REPLACED