The United Church of Canada works in partnership with national churches, ecumenical organizations, Christian councils, and church agencies around the world as one partner among many. We are journeying together toward relationships that are just, honest, respectful, and life-giving. Our global partner representatives at GC44 are:

The World Council of Churches is a fellowship of churches which confess the Lord Jesus Christ as God and Saviour according to the scriptures, and therefore seek to fulfil together their common calling to the glory of the one God, Father, Son and Holy Spirit. It is a community of churches on the way to visible unity in one faith and one eucharistic fellowship, expressed in worship and in common life in Christ. It seeks to advance towards this unity, as Jesus prayed for his followers, "so that the world may believe." (John 17:21). The World Council of Churches (WCC) is the broadest and most inclusive among the many organized expressions of the modern ecumenical movement, a movement whose goal is Christian unity. 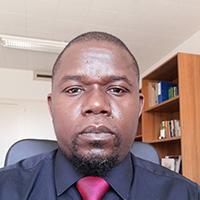 Dr. Masiiwa Ragies Gunda is Programme Executive, Overcoming Racism, Discrimination and Xenophobia at the World Council of Churches based in Geneva. Masiiwa holds a PhD in Applied Intercultural Biblical Studies from Bayreuth University, Germany. He graduated with a Bachelor of Arts Honours in Religious Studies and a Master in Arts in Religious Studies from the University of Zimbabwe. He is an Alexander von Humboldt Fellow. Masiiwa has published three monographs and over 50 journal articles, book chapters and training manuals. At the heart of this research journey is the commitment to justice and equity, concepts that are closer to biblical mishpat. Masiiwa is a practising Anglican, married and a father to two boys and a girl.

The World Communion of Reformed Churches is comprised of 100 million Christians in Congregational, Presbyterian, Reformed, United, Uniting and Waldensian churches. The WCRC, working with its 233-member churches, is active in supporting theology, justice, church unity and mission in over 105 countries.

United in Christ and rooted in the historic Reformed traditions, the WCRC with its member churches believe that Christian faith is responding to God's call to meet spiritual needs and foster justice for all in the transformation of the world through the love of Jesus Christ. Called to communion, committed to justice is key to WCRC work. 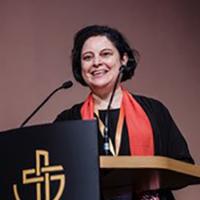 Rev. Najla Kassab is the President of the World Communion of the Reformed churches since 2017. She is a Lebanese pastor, who graduated from Near East School of Theology (NEST) and Princeton Theological Seminary. Rev. Kassab is the Director of Christian Education Department of the National Evangelical Synod of Syria and Lebanon, she strives to empower women and enhance their role in the church.

Rev. Najla is active in the ecumenical movement and strives for working towards justice at the level of the Middle East and beyond. Through her role as President for the World Communion of Reformed churches (WCRC), she presents a new model of leadership where women are fully involved in building the body of Christ.

Palestinian Liberation Theology is an ecumenical grassroots movement, rooted in Christian Biblical interpretation and nourished by the hopes, dreams and struggles of the Palestinian people. Originating in the land where Christ lived, this theology seeks to provide a holistic vision of God's redeeming activity in the midst of the current reality. In a situation where justice has been long neglected, Palestinian Liberation Theology opens new horizons of understanding for the pursuit of a just peace and for the reconciliation proclaimed in the Gospel of Jesus Christ. By learning from Jesus - his life under occupation and his response to injustice - this theology hopes to connect the true meaning of Christian faith with the daily lives of all those who suffer under occupation, violence, discrimination, and human rights violations. Additionally, this blossoming theological effort promotes a more accurate international awareness of the current political situation and encourages Christians from around the world to work for justice and to stand in solidarity with the Palestinian people.

The Sabeel Center is located in Jerusalem, serving Bethlehem, Ramallah and the surrounding areas, with a branch office in Nazareth to serve the Galilee. 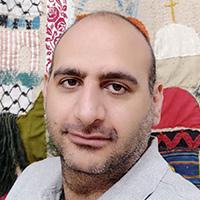 Omar is a Palestinian Orthodox Christian. His family has deep connections to the Church of the Resurrection (Holy Sepulchre) in Jerusalem. According to oral tradition, the Haramy family was among the first families in Jerusalem to announce that Jesus was no longer in the grave.

Through his work with Sabeel, and many other community organizing roles, Omar's life is an attempt to witness to the resurrected Christ.

Omar Haramy is also a member of the Kairos Palestine Steering Committee and the Church of Sweden International Reference Group. 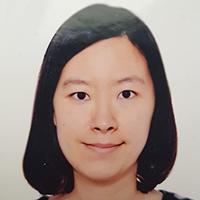 Fanny (Hiu Fan) Chung is a registered social worker in Hong Kong. She has graduated from Sung Kong Hoe University (South Korea) on MA in Inter-Asia NGO Studies. She has been involving with ecumenical movement since 2008 and had been working with the Korean ecumenical movement in the last 9 years. Currently she is working for WSCF as a Regional Executive for Asia Pacific and Global Program Director.

Council of Churches in Zambia

The Council of Churches in Zambia has been in existence since 1914. It was first called the General Missionary Conference and its main responsibility was to promote cooperation between the missionary societies in areas such as education, health and religious broadcasting. The name was later changed to the Christian Council of Northern Rhodesia (CCNR) in 1944. Upon independence in 1964, the CCNR changed its name to Christian Council of Zambia serving as an ecumenical organization to strengthen Christian unity and promotion of social justice, peace and development. It was until the year 2003 that the name was again changed to the present day, the Council of Churches in Zambia. 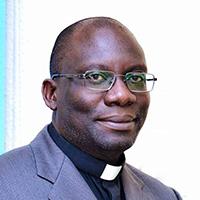 Rev. Canon Emmanuel Chikoya is an ordained Anglican Priest serving as General Secretary of the CCZ since August 2017, he holds a Cambridge University diploma in Religious studies, Bachelor's Degree in Theology and Master's Degree in Theology Specialization from Justo Mwale University. He has previously worked for National Airports Corporation and Zambia National Commercial Bank. He wrote a thesis for Bachelor's Degree titled the Ecological Agenda for the Church in Zambia and is keen ecumenist who believes in a holistic ministry of the Church by promoting sustainable development aligned with the current global development goals to influence society. He is a theologian with special interest in stewardship of the economic and physical environment and promotion of good governance, justice and peace.

The Presbyterian-Reformed Church in Cuba continues to extend its international relations and also its impact in the country. An important factor has been the theological preparation of the laity, in special courses organized by the seminary in cooperation with the local congregations. It is exploring new ways of evangelization, organizing many Bible studies and prayer groups in different places. It has developed an important action of liturgical renewal, which includes using Cuban rhythms in the music and providing a balance between tradition and innovation. Also, after many years in which all the social services were in the hands of the government, the church has set up some social projects, which have been very well received by the people. 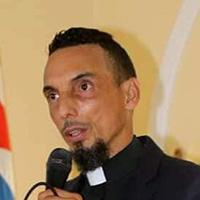 Rev. Alison Infante Zamora was elected in February 20222 as Moderator of the  Synod of the Presbyterian-Reformed Church in Cuba (IPRC).  He was ordained by the IPRC following studies at the Evangelical Seminary of Theology in Matanzas and is serving as pastor of the Juan G. Hall Presbyterian Church in Cardenas, Cuba.
Alison is energetic, passionate about his faith, a great communicator, emerging church leader, husband to Sarahí García and father to Ana Paula and Joel David.