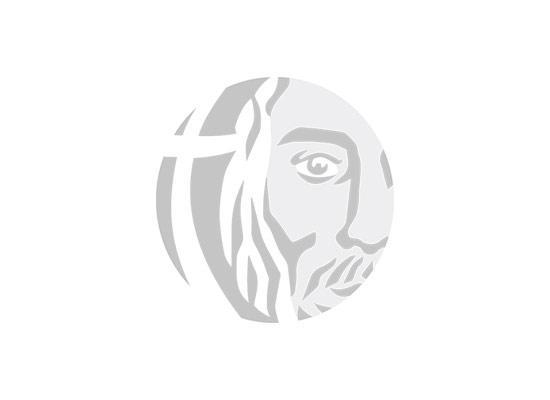 The General Council Executive (GCE) met virtually on November 18-19, 2022, in their first full meeting of this triennium. The opening worship focused on Joel 2:28, with the Moderator inviting reflection on hopes and visions for a world 10 years from now. Prayers for the church were offered from submissions of regional council presidents. Within the framework of the Call—Deep Spirituality, Bold Discipleship, Daring Justice--the Executive strove to stay focused on their fiduciary, strategic and generative responsibilities, attending to equity aspirations and interacting with Holy Manners.

Members of a GCE Workflow Working Group shared 10 recommendations on how the Executive role might be shaped so that its governance enables God’s call and vision for the church (commons.united-church.ca, search “05 Action Plan for Governance”). The GCE agreed to accept these varied recommendations in principle and asked the working group to continue its work. This included developing a code of conduct, clarifying roles of sub- or related committees, and implementing a strategic communications and relational plan relating to engagement with the church.

The Executive received the General Secretary’s and the Moderator’s comprehensive accountability reports. The General Secretary’s report included information on the completed review of the regional cost of living (COL) groups for minimum salaries in the pastoral relations system. A revised model based on a broader basket of regional economic factors will result in a number of changes to community of faith assignments. Details of the changes, which will be effective July 1, 2023, will be posted soon.

The Moderator reflected on her time in the position thus far and shared her growing sense of discernment of a plan of work related to enhancing human flourishing that is focused on flourishing in the church and addressing systems that prevent flourishing in broader society.

The Executive also began what will be an ongoing conversation on decolonization, with a particular focus on the relationship to land. It received an update on work to develop a Covenant of Reconciliation in fulfillment of Truth and Reconciliation Call to Action 46, and committed to study with the goal of providing collective input.

In line with the Call and Vision approved by General Council 43 in October 2021, and consistent with approved strategic objectives, the Executive received the Strategic Operational and Priority Plan 2023-2025 (commons.united-church.ca, search "GS 16 Strategic Operational Plan" and “04 Strategic Plan Report”) and directed the General Secretary to put the plan in operation within an approved budget framework, reporting annually on implementation. To support the Strategic Plan implementation, the Executive approved a realignment of communications with planning, including the priority Growth initiative, in a General Council Office unit to be named Organizational Development and Strategy.

The Executive approved budget principles that would enable a 2023 budget to be created with a deficit not to exceed $4 million and inclusive of an investment in the Strategic Plan not to exceed $1.5 million. The proposal came with the unanimous recommendation of the Finance Advisory Committee, which, with a continued commitment to prudence, saw this as a unique time to invest in the future, giving the Strategic Plan an opportunity to take root. Factors in this decision included the need to continue to assess the impact of COVID, the presence of reserves, the providence of a recent bequest, and the presence of the 2023-2025 Strategic Plan.

In a step that will mean significant savings for congregations, currently burdened by high insurance costs, the Executive moved forward the Common Good strategic objective by approving and financing captive insurance for the denomination.

In response to a changed labour environment, the GCE revised a dated General Council Office compensation and benefits policy, updating language and giving more discretion to the General Secretary to respond in exceptional cases to market pressures in retaining specialized, technical staff. The restrictions in the outdated policy have created significant organizational risk, with protracted gaps of staff in critical positions having direct negative consequences on congregations and ministry personnel, particularly in the areas of support services for payroll, information technology, and pension and benefits.

The Executive received a workplan related to a complex and important piece of work on Designated Lay Ministry. The General Secretary has been asked to develop proposals to come back to the Executive for discernment on whether such proposals are appropriate to bring to the General Council 44 annual meeting in October 2023.

The Executive forwarded the proposals related to Essential Agreement, the proposed Way Forward (WF 13), and notes from the related General Council 44 discussion groups to the Theology and Inter-Church Inter-Faith Committee (TICIF) and the Office of Vocation for direction and a report back to the Executive.

On Way Forward 35 (originally NS03), related to a regional council ending a pastoral relationship, the Executive referred the notes from GC44 discussion groups to the General Secretary to determine a way forward.

The Executive also met as the Pension Administrator, welcoming Anne Soh to her role as the new chair of the Pension Board and receiving the Board’s annual accountability report. With the exception of the six months ending June 30, 2022 (when experience was not out of line with other large funds), the fund has performed better than policy benchmarks. On both a going concern and a solvency basis, there remains significant buffer to address possible negative future experiences. The Pension Plan Advisory Committee is currently looking at the feasibility of benefit improvements for January 1, 2023, following on last year’s improvements. The Advisory Committee and the Board are also overseeing the implementation of a new pension and benefits administration system, planned to go live in October 2023. A Pension Plan Strategic Plan for 2023-2027 will be presented at the December meeting of the Pension Board for approval. Regarding responsible investment, the pension plan undertook 62 engagements with 27 companies relating to climate, reconciliation, racial justice, and decent work.

The Executive sent greetings, congratulations, and gratitude for the contributions of the Rev. Dr. Jamie Scott and the Rev. Dr. Cheri DiNovo, both invested into the Order of Canada this week. The Rev. Scott has a long history in advancing restorative justice and reconciliation, representing the United Church in the processes leading to and including the Truth and Reconciliation Commission. The Rev. DiNovo has been instrumental in advancing full church and societal inclusion of Two Spirit or LGBTQIA+ persons in Canada, particularly but not only through the passage of Toby’s Act (Right to be Free from Discrimination and Harassment Because of Gender Identity or Gender Expression) in the province of Ontario.

In a time of prayer, the Executive acknowledged the Transgender Day of Remembrance, which occurs annually on November 20. In addition, they spent time recognizing the dedication and generosity of those who died in the friendship of Christ and relationship to the United Church. Since November 2021, the church has received $2,451,976 from the estates of members of our church and by individuals giving in honour of those who have died.

In this very full meeting, the Executive also engaged in community building and discussion on a strategic framework for the filling if their vacancy as well as exploring possibilities for ongoing communication with Commissioners.